In an effort to reduce the number of speed-related injuries and fatalities, the Ministry of Transportation is looking into the possibility of granting police the authority to immediately seize the vehicles of individuals driving at excessive speeds – specifically, those driving more than 40 – 50 km/h over the posted speed limit. Alberta police chiefs asked for this type of law to be enacted in 2009, but the request was denied.

Ontario has had such a law in place since 2007, British Columbia since 2010. In BC’s case, the number of fatal and injury-related crashes related to speeding was in the law’s first year cut in half, to 105, compared to the previous five-year average. Alberta hopes the law would deter reckless driving behaviours in their province as well.

Some Albertans say that drivers tend to ignore posted speed limits because they are perceived as too low. As a general rule, however, Albertan speed limits fall within the averages established throughout Canada, and in some cases, like Highway 2, they are higher than these national trends:

As populations grow and traffic congestion increases, speed limits across Canada are being re-examined to determine if lowering them would improve public safety. Drivers, bicyclists and pedestrians are all sharing the road today, and reducing speed could keep all of these parties safer from collisions. In a six-month pilot project conducted in Edmonton in 2010, six neighbourhoods reduced their speed limits from 50 km/h to 40 km/h. Five of the communities experienced fewer collisions during the pilot study; three decided to keep the lower speed limit.

But a broader initiative of lowering speed limits would necessitate hiring more police officers to keep up with enforcement needs, and the public doesn’t necessarily agree with safety officials on the need to reduce speed. Those who travel Alberta’s highways regularly find themselves driving 115 to 145 km/h just to keep up with the traffic flow. Some Canadian drivers are petitioning to have speed limits raised rather than reduced.

Traffic safety officials stand by their statistics, though, stating with certainty that lower speeds make our highways, cities and neighbourhoods safer.

Following is information about some special driving zones and circumstances that require knowledge of Alberta speed limit laws beyond reading the posted maximum speed signs:

Unless otherwise posted, the speed limit in both urban and rural school zones is 30 km/h during the following hours on school days:

In addition to lowering your speed in the school zone, be extremely cautious, paying close attention to any activity in this area, because students may be walking near the road or crossing the street. Remember, too, that it is illegal to pass another vehicle in a school zone when this reduced speed limit is in effect.

Signage indicates when you are entering a school zone, and you will know you have exited the zone when you see either an “END SCHOOL ZONE” sign or a speed limit sign indicating a higher maximum speed – “MAXIMUM 50,” for example.

Motorists driving past an emergency vehicle or tow truck that is stopped with its lights flashing must slow to 60 km/h – or slower if the posted speed is lower. This law applies to only the lane immediately adjacent to the stopped vehicles. 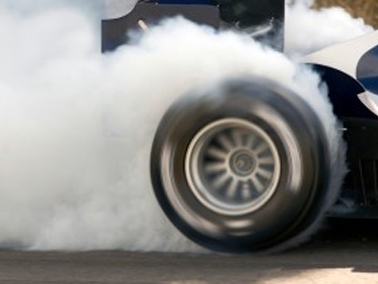 Labeled an epidemic by many, speeding on Alberta highways kills as many Albertans each year as impaired driving. In 2010, the most recent year for which statistics are available, roughly 110 deaths were attributable to collisions involving speeding.