According to the U.S.-based Help Eliminate Auto Theft, November and December are some of the most active months for automobile thieves. In fact, Canada has its own list of most commonly stolen vehicles.

In 2010, the most commonly stolen car was the 2009 Toyota Venza, which was followed closely by the 1999 Honda Civic, according to data from the Insurance Board of Canada. Other vehicles to make the list include the 2000 Honda Civic, 2006 Ford F-350 pickup and 2002 Cadillac Escalade.

“Cold weather doesn’t stop us from shopping and it sure doesn’t stop thieves from going out and looking for victims,” said HEAT director Terri Miller. “The holidays are a joyous time of year that could easily be ruined by having your vehicle broken into, or stolen. It’s important to take a few extra minutes to protect yourself, your vehicle and your belongings.”

However, this doesn’t always involve theft of the entire vehicle. In many cases, criminals are only interested in the items inside.

Keys to preventing a car theft

There may be an increase in vehicle theft rates in the coming months, as a greater number of consumers leave their cars unattended in the parking lots of shopping malls and other public areas. While these may seem like unlikely places for car theft to occur, they are actually common hunting grounds.

To avoid being a victim, try to park in well-lit areas with high levels of pedestrian traffic. Meanwhile, when you approach your vehicle, try have your keys ready and avoid distracting activity, such as texting or listening to music. The more aware you are of your surroundings the better.

If your vehicle is stolen, call law enforcement officials and your car insurance provider immediately. Should there be any people close by, ask them if they saw anything, as this could help in the investigation and help with your insurance claim.

Meanwhile, if you are with your vehicle when a carjacker tries to steal it, do your best to be cooperative. Many car thefts involve a weapon, and your well-being is worth much more than your car.

Be aware of car theft this holiday season 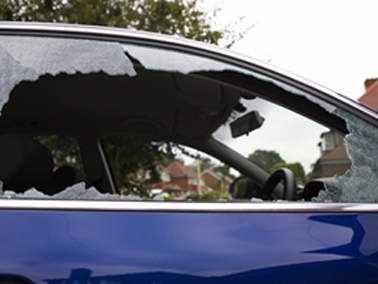 Car theft is a serious concern drivers should keep in mind, especially during the upcoming holiday season.