If you bought a car, minivan or truck in 2014, you contributed to this number. Did you buy one of the 2014 top sellers?

Ford Canada had its best sales year since 1997. It’s currently the country’s leading car manufacturer, having sold a total of 291,951 vehicles last year. In fact, the all-new 2015 F-150 is in such high demand that Ford is having trouble keeping up!

Pickups are surprisingly popular in Canada. Sales of light-duty trucks were up 11% in 2014, and both the Ford F Series and Ram were a big part of the growth in total sales. Canadians clearly like the rugged reputation of Ram trucks, which are known for their strong towing and payload capabilities.

The Honda Civic tops the list as the most popular car in the country. With a smaller price tag and a range of models, there’s something for nearly everyone, making it a hit with Canadians from coast to coast.

The compact SUV class is doing very well right now, and Ford is leading the pack in Canada with the Escape. Between its fuel-efficient engine (meaning fewer greenhouse gas emissions) and high-tech interior features, the Escape has won Canada over.

Who would have expected a minivan to make the top five? That honour goes to the Dodge Grand Caravan, which has proven popular with families who need a little more room than what is available with the trucks and compact cars rounding out this list.

What’s the most affordable car to insure?

If you’ve never asked yourself that question, you haven’t done all your car-buying homework! Out of the top five sellers listed here, the Ford Escape is your best bet, but other popular models like the Volkswagen Jetta, Hyundai Accent and Honda CR-V are also affordable options to insure with Desjardins in Ontario.

One thing to remember: even if a particular model appears less expensive to insure, there are other factors to consider, such as where you live, your driving history and how long you’ve been driving. To find out how much it would cost you, get an auto insurance quote online. 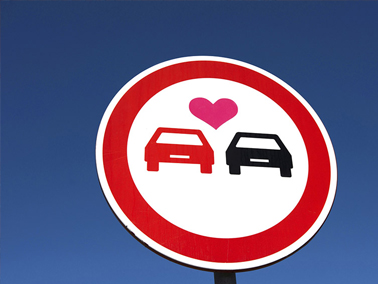 In 2014, a healthy 1,849 million new vehicles were sold in Canada. It seems Canadians really love their cars!