For instance, if a vehicle was purchased between three and five years ago, that’s about how long a lifespan they tend to have – making a visit to the auto parts store necessary.

There are other occasions, though, when a car battery malfunctions and the reason is not as clear-cut. To help motorists determine what the cause of a dead battery may be – and, in the process, provide drivers with some accident free protection by avoiding a potential crash – Wheels.ca automotive expert Eric Lai recently went over some of the scenarioswherein a car battery goes awry.

How to jumpstart a car

As with most car problems, adequately determining what the nature of it is depends on the situation and what the symptoms are. For example, a complete car battery failure is likely when, after turning the ignition, the engine doesn’t make any sound whatsoever. However, there are those instances where a cranking or clicking noise is manifested, Lai noted. If this is the case, jumpstarting the vehicle is likely the best move.

In order to start a car manually, booster cables are needed, which can be found at virtually any hardware store. The precise steps for how to jumpstart a car can typically be found in the owner’s manual, but basically, it involves attaching the four black and red metal contacts on a standard booster cable to the terminals of the alive and dead batteries. The red contacts should go on the “positive” terminals and the black on the “negatives.”

It’s important to keep the contacts separate, though, especially if one set is already attached to the battery that’s alive. By clicking them together, it can produce a spark, which may result in injury.

Once all the contacts are on the appropriate terminals, turn the key for the car with the dead battery. Once the booster cables have been removed, it’s a good idea to keep the car running for 20 to 45 minutes so that battery gains enough of a charge.

However, there are other cases where a battery malfunctions and the source of the problem is much smaller.  Lai noted how a car’s various systems are all able to run thanks to the battery. Turning off some of them enables the battery to devote its energy to starting the car. Thus, if engine won’t start, try turning off the air conditioner, heat or other electrical accessories, such as the CD or DVD player. This will channel all the available power to the car starting.

Another fairly simple solution is taking a peek under the hood to look at the battery itself. A lot of air and debris finds its way into the engine. And, a lot of it collects on the battery terminals in the form of a white, powdery substance that looks like corrosion. Remove the cables from the battery and clean the surfaces. This can be done with a sharp instrument, such as a small jackknife. Once it’s clean, replace the cables and try to turn the engine over.

Automotive experts and professional mechanics may be able to diagnose the source of a car problem fairly quickly. For those who aren’t as familiar with how a car runs, though, these issues are typically determined through trial and error. If these solutions don’t fix what appears to be a battery complication, it may have something to do with the car starter. These, as with batteries, can be purchased at car parts retailers. It may be wise to talk with a professional before purchasing anything, though, so that they can give their opinion on what the problem is. 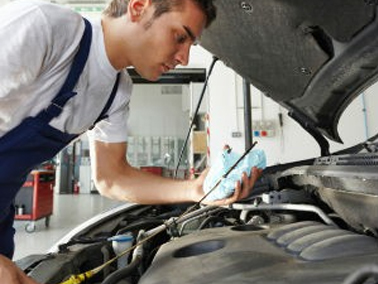 It’s an experience that just about every driver has felt at one point or another – the dreaded dead car battery. Often times, the reason batteries lose their life is easy to determine.