Being able to drive is one of the biggest steps towards their independence – a very expensive step.

Beyond the cost of a new or used vehicle, gas and maintenance, there is the cost of insurance. If you’re a teenage driver, you have probably already discovered that young people face the highest vehicle insurance premiums of all drivers on the road.

The reason for this is clear given the sobering statistics. The Alberta Ministry of Transportation says that between 2008 and 2013, more than 200 young drivers aged 14 to 24 were killed and 13,116 were injured in crashes.

The unfortunate reality is that young drivers stand a very strong chance of being in a car accident. In fact, one in five drivers will have an accident in the first year of driving.

For young drivers, high insurance rates are simply the cost of having the privilege to drive. But there are a few things that you can consider to reduce them – at least a little.

Getting the keys is an exciting moment in every young driver’s life. It’s also an opportunity to take a giant step towards adulthood. Careful consideration around driving choices and behaviour on the road will help to lower your premiums, and take you that much farther in life. 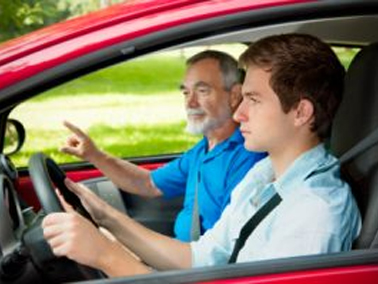 Most young people can’t wait for the day that they can get behind the wheel.