Skip to Content
null
null How to jumpstart a vehicle

Fortunately, many auto insurance providers are affiliated with roadside service companies that can assist stranded motorists.

However, there is something to be said for being able to take care of these types of car problems on one’s own, as providing a vehicle with the juice it needs to run can be accomplished through a jumpstart, so long as there’s another vehicle in the area that can be of assistance.

But jumpstarting a car is not something that can be done off the cuff. People have to know what they’re doing to avoid a potential explosion or further damage their car.

Before attempting to jumpstart a car, it’s important to ensure that the battery isn’t leaking any fluid. If it is, that may be a sign it’s damaged and needs to be replaced.

However, if the battery appears to be in good working order and showing no signs of leaks, Car Care Canada says to turn off the engine and do the following:

Where to place the cable’s clamps

As for the end of the negative cable, connect that one to some part of the dead car’s engine such as the engine block. Be sure not to attach the negative cable connector to the dead battery, as this could lead to an explosion and result in serious injury or further damage to the vehicle, CCC notes.

While many motorists are happy to help someone who’s experienced battery problems, some may like the rest assurance of being able to provide for themselves should they be in distress. That’s why people will often buy a portable battery booster.

When batteries are most at risk

While a dead battery can occur at anytime – especially if it’s running only on a battery – it typically occurs in the winter months, as cold temperatures can be particularly harsh on a vehicle’s function, CCC indicates. To keep a battery in its best condition possible, automotive experts recommend having it checked if it’s three years or older. A vehicle repair company may be able to tell if it needs to be replaced and what model is needed for that type of vehicle.

How to jumpstart a vehicle 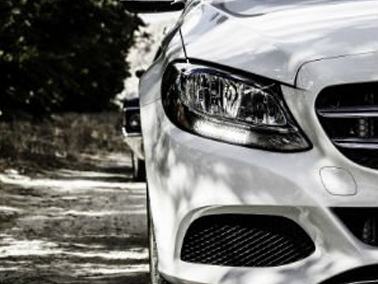 Whether it’s mistakenly leaving the car in the “on” position or forgetting to turn off a dome or headlight, just about everyone has run into a car issue involving a dead battery.