Skip to Content
null
null How to stop safely

All too often, however, these risky courses of action can result in trouble for those who perform them.

Occasionally, running red lights may only result in an auto insurance claim due to damage done to the car. Other times, the accident may be much more serious, involving someone who’s either seriously wounded or killed.

To prevent these types of issues, automotive advice expert Ian Law offers some helpful tips for motorists as they approach intersections – or any stop sign, for that matter – in Canada.

Law states whenever approaching an intersection, it’s best to slow down just as soon as the yellow light appears. When doing so, it’s important to look in the rearview mirror to ensure that the cars in the read are doing the same. Stopping too quickly can result in being rear-ended. Thus, ensure that when coming to a stop, it’s done at a gradual pace rather than all at once.

Something else that motorists will do now and then is stop directly behind the vehicle that’s in front of them. Being too close to their rear could result in a crash if the car that’s in the lead jams on the brakes. Thus, at all times on the road, ensure that the vehicle is at least one car length behind the closest car. This should be increased to two car lengths when actually in motion, Law advises.

Another issue that drivers fail to take into consideration is the condition of the roads. During the winter, what normally takes a shorter space to stop takes longer when the roadway is glazed with snow, ice or freezing rain. If the road is slick, Law recommends gently touching the brake pedal to see if there is any skidding. If the surface is slippery, move over to the right of the lane so that there’s more traction.

Thanks to brake improvements and overall safety enhancements, cars today are able to stop relatively quickly when the brake is fully applied. However, this kind of assurance should not be relied upon. Law notes that people who rush up to red lights and then apply the brakes at the last second, if necessary, can wind up doing a number on their brake pads, causing them to weaken the more often this is done.

“Slowing gradually also allows the drivers of the cross street traffic to know your vehicle will stop,” Law writes. “Rushing up to a stop sign can fool cross traffic drivers into thinking that vehicle will run the stop sign.”

Unfortunately, Canadian motorists have witnessed a high rate of red-light runners. British Columbia newspaper The Province reported earlier this year that some parts of Western Canada saw these types of violations jump 506 percent between 2010 to 2011.

No matter where they happen, though, the consequences can be significant. Red-light runners who are fortunate enough not to injure someone or themselves can face a fine of as much as $325 in Ontario and put several demerit points on their driving record. Law enforcement officials say that these offenses can remain on their record for several years afterward, which may cause their car insurance rates to increase.

How to stop safely 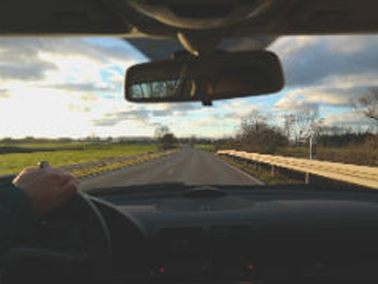 With many people pressed for time, Canadian motorists often try to push their luck when it comes to encountering intersections, going through a yellow right just before it turns red or speeding through one in order to avoid having to come to a stop when the red lights flash.