Skip to Content
null
null Is it Time to Plug Into The Idea of an Electric Vehicle?

While there are many good reasons to buy an EV, there are also some reasons why it may not make sense for you.

First of all, what is an EV exactly?

Battery Electric Vehicle (BEV) – A BEV runs entirely on a battery and electric drive train. These vehicles must be plugged into an electrical outlet or charging station to recharge their batteries. BEV batteries can also be recharged through regenerative braking. In this process, the vehicle’s electric motor assists in slowing the vehicle and recovers some of the energy normally converted to heat by the brakes.

Plug-in Hybrid Electric Vehicles (PHEVs) – PHEVs run mostly on batteries that are recharged by plugging into an electrical outlet or charging station. They are also equipped with an internal combustion engine that can recharge the battery and/or power the vehicle when the battery is low and more power is required.

Hybrid Electric Vehicles (HEVs) – HEVs have two drive systems: a gasoline engine and fuel tank, and an electric motor, battery and controls. The engine and the motor can simultaneously turn the transmission, which powers the wheels. HEVs cannot be recharged at an outlet or charging station. They are charged entirely from gasoline and regenerative braking.

Fuel-Cell Electric Vehicles – Instead of storing and releasing energy like a battery, fuel-cell electric vehicles create electricity from hydrogen and oxygen. There are fewer fuel-cell electric vehicles available in Canada than other EVs. Perhaps it’s because producing the hydrogen is an energy-intensive process that generates greenhouse gas emissions – if renewable energies are not used. Also, there are only a few hydrogen fuel stations in Canada at this time.

An EV simply drives better than a traditional vehicle because it has fewer moving parts. There is no transmission, so they don’t need time to gain speed. As soon as you turn them on, they have 100% of their torque. When merging onto the highway, an EV seems to glide into full speed. They’re great when driving on hills because they don’t lurch as they shift gears.

These cars also employ regenerative braking, which means when you take your foot off the accelerator the car brakes automatically as it recaptures the energy into the battery. So unless you need to stop very quickly, you don’t need to touch the brake pedal.

Another reason to buy an electric vehicle is the fact that they generate less noise and heat. EVs don’t have the pounding pistons that cause noise, especially at high speeds. Since they use their energy more efficiently, they do not generate a lot of wasted heat.

As smooth as EVs are to drive, EV drivers are often afflicted with what is referred to as “range anxiety”. This is the term for an EV driver’s fear of running out of stored energy before you can get to a location that offers recharging. EV ranges differ widely, from 125 km to 425 km between charges, depending on the vehicle.

Then there’s the time it takes to recharge a battery. A full charge from a typical 120-volt household outlet can take up to 21 hours, depending on the car. Or you could invest in having a 240-volt outlet installed in your garage, which would provide a full charge overnight.

What happens when you’re on the road, and need to recharge? Fortunately, there are smartphone apps such as PlugShare, Green Charge, Open Charge Map and Recargo that tell you where to find charging stations. Many charging stations have superchargers, which can recharge your battery much quicker than using a home outlet. Some stations even let you recharge for free.

EV batteries work best in temperate conditions. If you live in a part of the country where it gets really cold in the winter, the battery charge won’t last as long. A charge is greatly reduced if you’re driving through snow with the heat, headlights, defroster and wipers on.

Once considered to be available only to the very wealthy, the cost of EVs is getting closer to the cost of gas-powered cars. There are several on the Canadian market priced at under $37,000.

Even if you pay more up front for your EV, over time the maintenance costs are lower. You don’t have to worry about things like timing belt replacements, transmission maintenance, fuel injectors, gasket replacements, oil leaks, or exhaust systems. Even the wear-and-tear on the braking system is considerably less.

EV cars reduce carbon emissions because the engines do not have to burn the fuel for combustion. No harmful gas is released back into the environment. Moreover, EV charging stations can be powered by renewable energy, such as wind and hydro and solar power, eliminating pollution caused by fossil fuels like coal and oil.

Because electric vehicles don’t consume gasoline or directly produce greenhouse gas emissions, some provinces offer financial incentives for EV purchasers. In Ontario, for example, consumers are eligible for up to $8,500 in rebates when purchasing EVs, although HEVs are not eligible. In British Columbia, rebates of up to $5,000 are available for certain electric vehicles. Ontario also has an incentive program for those who install a home charging system.

Clearly, EV ownership is catching on. The main thing is to consider your own driving needs first to make sure an EV makes sense for your family before putting one in your garage.

Is it Time to Plug Into The Idea of an Electric Vehicle? 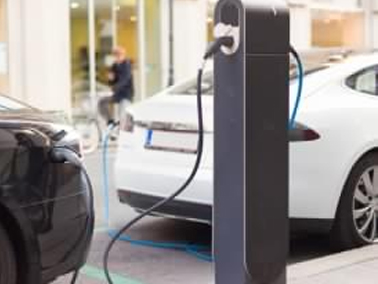 If you’re concerned about the cost of maintaining a vehicle, the rising price of gas at the pumps, or the impact that your car has on the environment, you may be thinking it’s time for an electric vehicle (EV).