Beginning on January 1, 2019, drivers who talk, text, dial or email on their handheld devices can be served with a three-day license suspension, a fine up to $1,000 and three demerit points.

G1 and G2 licensed drivers could also face 30-and 90-day license suspensions with first and second convictions. With a third conviction, the license could possibly be cancelled.

“It’s really going to cost you, but there’s a reason for that,” said Const. Sean Ralph of the Ottawa police. “It’s a major infraction right up there with impaired driving.”

According to CBC News, convicted motorists can expect their insurance rates to go up as well.

The distracted driving penalties are the same, whether a driver is using their handheld device while driving or sitting at a red light.

The Ontario Police have stated that the leading cause of fatal collisions in the province is distracted drivers. 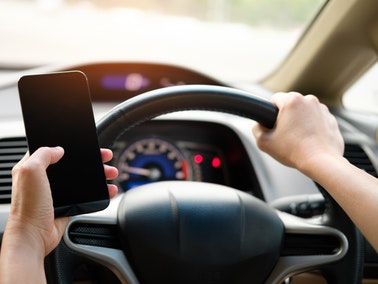 The province of Ontario has rung in the New Year with new distracted driving penalties and laws.