Of the three options, electric vehicles are both the newest and the most misunderstood. If you’re in the market for a new car, however, you shouldn’t write off EVs (electric vehicles) just yet.

There are several electric vehicles now available in Canada, and nationwide EV sales are growing steadily – according to the Huffington Post Canada, “more than 11,000 plug-in electric vehicles have been sold in Canada since 2011.” As of December 2014, approximately one out of every 300 cars sold in this country was an electric car – that’s a tenfold increase since 2011!

If you’re thinking of making your next vehicle an electric one, here are some pros and cons you may want to take into consideration:

It’s not surprising that the first advantage of an electric vehicle is the fact that it runs on electricity, not gas. That means never having to stop at another gas station, never filling up on gas, and never having to worry about the latest mark-up in fuel.

That also means saving a lot of money on gas. How much exactly?

According to Bloomberg data released in December 2014, in the 4th quarter of 2014, Canadians spent 2.89% of their income on gas, ranking “sixth in the world when it comes to how much of our annual income goes to paying at the pump.”

This means that, in 2014, an average Ontario family earning a median annual income of $74,890 spent a total of $2164 in gas. Although electricity is not free, it costs just a fraction of that amount to charge an electric vehicle, and that means huge savings across your EVs lifetime.

If you’ve ever driven (or taken a ride) in an electric car, you know how much quieter and smoother it is compared to a petroleum-powered vehicle.

Electric vehicles are all but silent on the road, and provides a much smoother driving experience than cars with combustion engines. In fact, EVs are so quiet, that some U.S. lawmakers have even recommended that they be equipped with “noisemakers” to warn pedestrians of their approach.

Besides saving you money and reducing noise pollution, electric cars reduce actual pollution as well – in fact, since they run on electrically powered engines, they’re 100% emission-free!

No tailpipe means no exhaust system, which means no toxic fumes emitted into the environment – that means a smaller carbon footprint for you, and a cleaner environment for everyone.

If you’re not a huge fan of oil changes and fluid top-ups, then perhaps you should consider an electric car. EVs don’t run on oil – they run on electrically powered engines that don’t need to be lubricated, and that means no more oil changes, filter changes, and other maintenance costs that come with regular combustion engines. And that means far fewer trips to the service station, and a much lower maintenance cost for you.

If you’re planning a cross-country road trip, or regularly drive long distances, an electric car is probably not your best bet.

Most affordable electric cars can only go about 80 to 160 kilometers before they need to be recharged. In fact, “range anxiety” – the fear that an EV will not have enough battery power to reach its destination – is a very real fear for many electric car owners. While an electric vehicle would provide more than enough mileage for most driving, like a typical commute to and from work, it simply doesn’t have the range for a long road trip, or a more lengthy drive.

With more long-term savings comes more short-term spending. There’s no way around it: it costs considerably more to buy an electric vehicle than a comparable small to midsized gas-powered car.

Most electric vehicles are priced between $30,000 and $40,000. Higher-end options, like the Tesla Model S, cost as much as $70,000 to $106,000  – significantly more than your $19,000 Honda Civic or $20,000 Ford Focus. So while EV owners can expect serious savings down the road, in the short-term, an electronic vehicle is still a significant investment that will cost much more than a comparable gas-powered vehicle.

For most electronic car owners, range anxiety is often paired with another ever-present worry: recharging time.

Most electric car engines can run approximately 40 kilometers for every hour charged, and take about 4 hours to fully charge. Some even take up to 20 hours to reach a full charge!

Most EV drivers simply plug in their cars before bed, and are ready to drive in the morning, but if you’re used to 5-minute gas station trips, charging an electronic car may take some getting used to.

From your standard, sleek silver SUV to your bubbly, bright yellow Beetle, gas-powered vehicles provide plenty of options to choose from.

Unfortunately, the options are much more limited when it comes to electronic cars – of the 20 electric vehicles on the market today, only a handful are available in Canada, and those look much the same. While more variety is sure to come in the future, for now, those looking to go electric can’t expect a wide selection.

The Insurance Side of Things

If you’re worried about the insurance side of things, rest easy – insuring your electronic vehicle is much the same as insuring a regular gas-powered car. As always, it’s vital to shop around and obtain car insurance quotes from multiple providers, so that you can choose the option that’s right for you and your family.

What’s more, many insurance providers actually reward you for choosing electronic over gas-powered, through discounts and savings only available to those who drive an electronic vehicle. Who knew – it pays to go green!

The Pros and Cons of Electric Cars 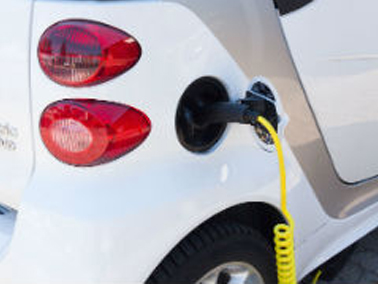 As if choosing a new car wasn’t hard enough, these days there’s another question that car shoppers can ask themselves: do I want gas, hybrid, or electric?