The province of Ontario is setting new driving rules which will include automatic suspension of driver’s licenses for distracted drivers.

Toronto police Const. Clint Stibbe spoke to 680NEWS on Monday, January 15 and established this by saying, “The law has been passed- it’s now just a matter of time.”

“You the driver has to decide, is answering that text message or making that phone call going to be worth it when you can’t buy your way out of this anymore. You will receive a licence suspension and you will receive a substantial fine.”

Despite these new driving rules, officers will not be allowed to seize a driver’s licences at roadside. The license can only be suspended under a judge’s approval and after the driver is found guilty.

These tougher penalties will come into effect in the next few months. They were formed to reduce the amount of distracted driving in Ontario. In 2016, distracted driving was the culprit for 7,435 crashes in Toronto, eight of those collisions were fatal.

Distracted Driving: The Dangers of Using your Smartphone in the Car 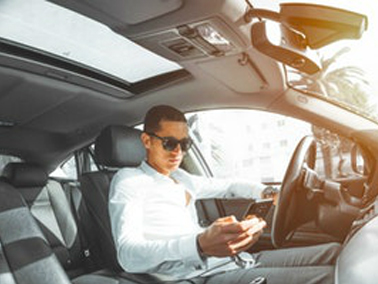 The province of Ontario is setting new driving rules which will include automatic suspension of driver’s licenses for distracted drivers.