They share the road with the city’s one million registered vehicles!

Whether you’re walking across the street or cycling, a collision between you and a two-ton vehicle is not something you want to be involved in. Unfortunately, it does happen.

There are an alarming number of cyclists being “doored” while they are passing vehicles. Dooring is when a driver opens the car door without checking, and a passing cyclist slams into it because he doesn’t have time to get out of the way. Dooring can lead to serious injury or even death. In Toronto, there were 159 dooring collisions in 2012.

Important tips for pedestrians and cyclists who are hit.

With any collision or accident, there is always a blur of activity. If you’re a victim, things can rapidly become scary and fuzzy. Keeping a level head is not easy. Consider this valuable advice in the event that you are involved in an accident:

Move off the road – If you’re able, try to move to the side of the road or a sidewalk or ask for assistance in moving to avoid getting hit again.

Don’t shrug it off – Don’t accept the blame or tell the driver or witnesses that you’re ok. You don’t know this until you have a clearer head and all the facts. Admitting you were at fault may work against you later.

Don’t let the driver leave – Even if you don’t think you’re hurt, ask the driver to stay until police arrive. You may be in shock, and not realize that your injuries are worse than you think. And try to keep the witnesses there.

If it’s a hit and run, try to take a photo of the license plate or make a mental note of the make and colour of car.

Call the police or 911, or ask a witness to call them right away – A police report is an important form of documentation that you may need for insurance purposes. You may also need to have a paramedic look at you to assess your injuries.

Take lots of pictures – Use your camera phone (or ask a witness to do it) to shoot pictures of the accident scene, your injuries, your bike, signage at the scene, license plates etc. Your photos could go a long way toward supporting your story.

Make sure that the police get your statement – You need to tell your side of the story – even if it is after the accident, and you think of things later. Be sure to follow up with the police to check their report and confirm that the facts are correct.

Get medical attention right away – You want to receive necessary care as soon as possible. You may not realize that you have a broken or fractured a bone. And the medical report will be useful for an insurance claim.

Start an insurance claim – It’s a good idea to call your insurance advisor to get the claim started.

Talk to a lawyer – A lawyer will advise you on your rights, and could help you get a fairer settlement.

While no one plans on getting hit when they venture outside, knowing what to do in the event that it does happen will help protect your rights, speed your recovery, and get you back on your bike or your feet again.

What To Do If You Get Hit By A Car 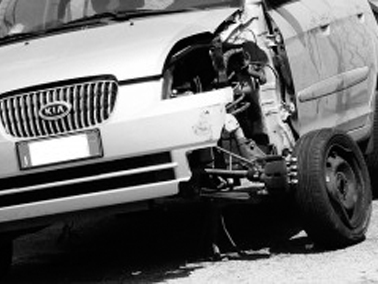