At first you think that you forgot where you parked it. But after searching row after row after row, reality sinks in. Someone has stolen your car!

According to the Insurance Bureau of Canada (IBC), on average a car is stolen every 7 minutes in Canada. Statistics Canada confirms that 72,804 vehicles were stolen across the country in 2013. Just over 19,000 of those thefts occurred in Alberta.

Each year, the Insurance Bureau of Canada publishes a list of the most stolen cars in Canada [LD3] . Is your car on the list for 2014?

The IBC states that each year, vehicle theft costs Canadians close to $1 billion, including $542 million for insurers to fix or replace stolen vehicles, $250 million in police, healthcare and court system costs and millions more for correctional services.

The good news is that vehicle thefts have been gradually trending downward each year since peaking in the mid-‘90s. This is due to the growing popularity of anti-theft devices and the creation of specialized stolen-car task forces.

To protect themselves from vehicle theft, a growing number of Canadian car owners are adding alarm systems or other anti-theft devices to their cars. Doing so not only helps to protect your car from falling into the wrong hands, it will also help to reduce your insurance premiums.

Car owners are also adding comprehensive coverage to their insurance policies, which covers the costs incurred if your car is stolen.  Make sure to ask your insurance advisor about rental car provisions. Insurance companies typically wait several weeks after theft to authorize the purchase of a new vehicle.  If you have to pay for a rental car yourself over those weeks, you could be looking at a sizable sum.

What should you do if your car is stolen?

First, call the police.  File a report with the police department, being sure to write down the report number.  The police will ask for information including:

Make, model and year of your vehicle.

Where and when you last saw your vehicle.

They will then explain what their next steps will be and what you should expect in terms of communication as they look at evidence that might lead them to the recovery of your car.

Next, call your insurance company and file a claim.  The insurance representative will ask for much of the same information the police requested, as well as the police department where you filed your report and your police report number.

Once the insurance company has had the opportunity to begin processing your claim, a claims representative will follow up with you to let you know what your policy covers and what you should do next. He or she will also share an estimated timeline so that you can plan for replacing your vehicle in the event it is not recovered.

For some tips on making sure your vehicle doesn’t go missing, read these Car Theft Prevention Strategies.

What to do if Your Car is Stolen 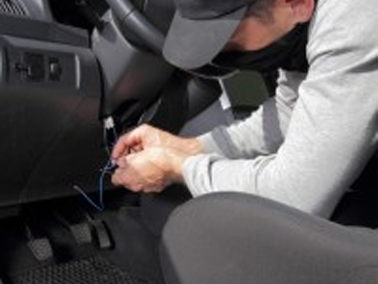 Imagine you’re coming back to the parking lot with an armload of groceries and you can’t find your car.