According to Statistics Canada, roughly eight people are killed every day nationwide in car accidents. This daily average often increases considerably in the spring and summer months before plummeting once colder weather sets in.

Factors such as snow, ice and freezing temperatures create difficult driving conditions, and one might think they would yield a higher rate of accidents. However, dangerous winter weather could actually cause people to drive less often, having an opposite effect on accident rates.

One thing many motorists should keep in mind in the coming months is their need for car insurance coverage. Even if you plan to keep your car locked away in a garage all winter, basic coverage is recommended.

Severe winter weather can damage vehicles, even when you aren’t driving. For example, the added weight of snow and ice to trees and powerlines following a major storm can easily cause them to fall over, causing a considerable amount of damage if your vehicle lies in the path.

The holiday season could cause a number of people to overindulge and have too much to drink during festivities. While this can be all in good fun, if they choose to climb behind the wheel of a car, it becomes a much bigger issue.

According to Mothers Against Drunk Driving Canada, in 2009, an estimated 1,074 people were killed in car crashes due to motorists being under the influence throughout the country. Meanwhile, damage caused by these individuals exceeded $20 billion.

Whether you’re planning to drive long distance or make a quick trip to the store, you should always keep a lookout for drunk drivers this holiday season. The majority of incidents related to driving under the influence take place at night, so make sure you are especially vigilant once the sun dips below the horizon.

Spotting drivers under the influence

There are a number of different ways to spot a drunk driver. Although it’s often easier to assess someone’s state of mind if you are driving directly behind them.

Perhaps one of the easiest things to notice is a drunk driver’s inability to stay in their own lane. Due to inhibited senses, drunk driver often swerve and zig-zag in and out of their lanes, and possibly into oncoming traffic.

Additionally, if a motorist quickly accelerates or brakes for no apparent reason, this could as be an indicator. Further, if you pull up behind a driver you suspect of drunk driving at a red light, their inability to react once the light turn green could be a sign.

If you manage to spot a drunk driver, make sure to keep your distance. Should this person get into an accident, you will want ample time to react and not become a victim yourself. You may even want to take an alternate route home that diverts your path away from a suspected drunk driver. Although this may cause a delay in your travel plans, it could keep you safe and ensure you get to your destination safely. 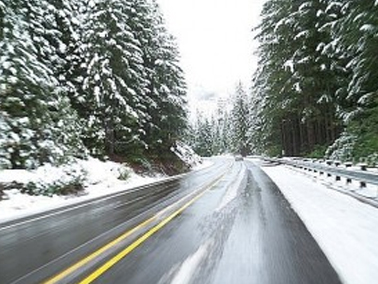 Although the Canadian car accident rate often declines in the colder months, with the holiday season quickly approaching, motorists should take extra care in the coming weeks.